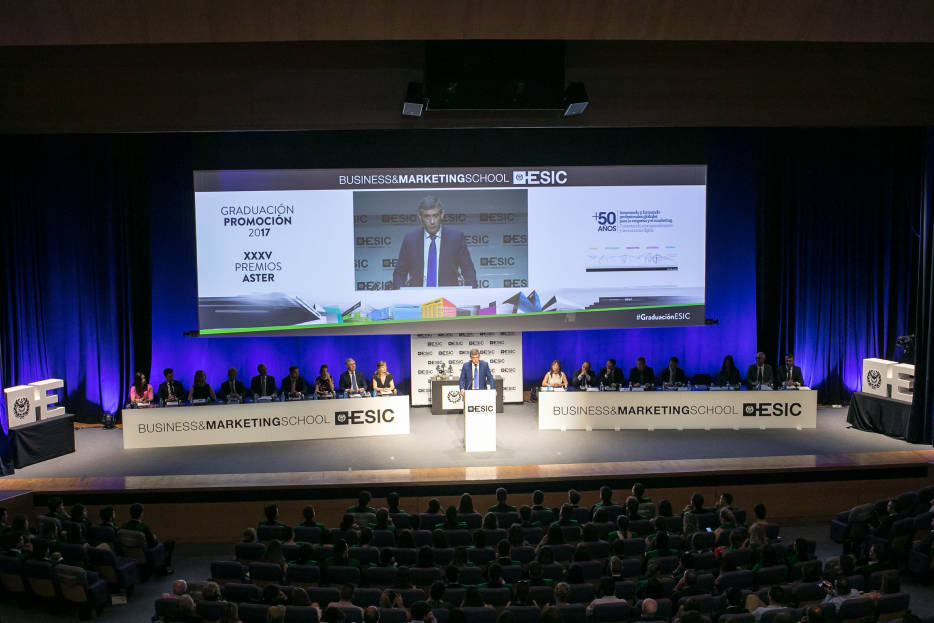 During the month of June, universities celebrate one of the most important moments of the academic year: their graduation ceremonies.

During the month of June, universities celebrate one of the most important moments of the academic year: their graduation ceremonies. These ceremonies, which round off the academic year and reward students who have passed their degrees, have an important academic component that follows a strict protocol.

A graduation ceremony is probably one of the happiest days of a student’s life. It marks the end of an era and hails the start of another.  It is time to say goodbye to the classroom and to say hello to the world of work with enthusiasm and uncertainty. Therefore, one of the most important parts of the event is choosing where to hold the ceremony.

Any venue obviously needs a large stage which can seat all the university authorities such as the Vice-Chancellor, Dean, Head of the Centre, and other academics, according to their rank, and allow them to give their corresponding speeches. Good access to the stage is also important to keep the scholarship and distinction awards moving swiftly. Finally, if the facility has good capacity and visibility, as well as high quality projection and sound systems, the large audience, made up of students, their families and friends, will be able to watch every detail of the ceremony.

After singing the university song Gaudeamus igitur, new graduates often take part in a more informal event in the shape of a reception, cocktail party, lunch or dinner. It is a good idea to use an open-plan space so participants can talk and communicate easily as well as to have a broad-ranging catering service on hand.

Although the Valencia Conference Centre mainly holds congresses, graduation ceremonies are also one of the most popular activities to be staged in the facility in June, and can take place alongside the congresses thanks to the versatility of the venue.

The highly original architecture of this flagship building, designed by Norman Foster, provides extraordinary spaces which can be adapted to all types of requirements. The three auditoria, with capacities ranging from 272 to 1,481 people, can be used simultaneously, the two multi-purpose rooms have their own kitchen to hold receptions, and the light-filled foyer, which is a 1,500m2 exhibition area, links the auditoria exits to the gardens outside.

In addition, the facility also has a number of break-out rooms that can be used as robe rooms, offices, a VIP room for authorities, or as spaces for photo sessions. A personalised “turnkey” solution, which can be tailored to fit the customers’ needs like a glove, is also available. The Centre is well located with good public transport links and also has numerous leisure and recreational activities just a stone’s throw away, as well a private car park with room for 600 vehicles.