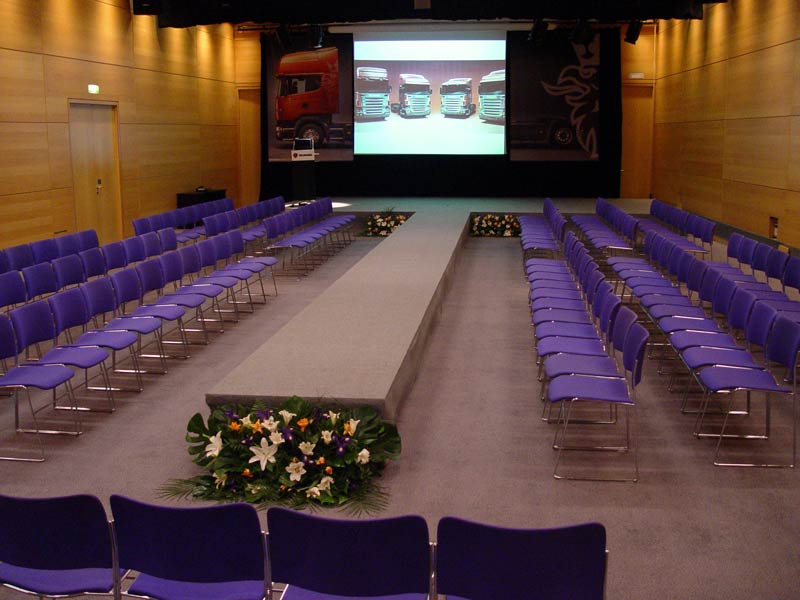 The Mayoress of Valencia, Rita Barberá, set the building new photovoltaic roof in operation in a ceremony which looked back on the centres history over the last ten years. She was accompanied by Alfonso Grau, Chairman of the Valencia Conference Centres Board of...

The Mayoress of Valencia, Rita Barberá, set the building new photovoltaic roof in operation in a ceremony which looked back on the centres history over the last ten years. She was accompanied by Alfonso Grau, Chairman of the Valencia Conference Centres Board of Directors and José Salinas, the Centres Managing Director.

The Valencia Conference Centre now has the largest roof-installed system of amorphous silicon solar panels in a building of this type. The roof has a total surface area of 8,200 macute;5f on which 2,106 photovoltaic modules have been installed on aluminium panels which can generate up to 379,875 kwh per year. In addition, the system will avoid the emission of 335,726 kg of carbon dioxide (the gas which causes the greenhouse effect) which would require around 56,000 trees to absorb it.

The Valencia Conference Centre has always been environmentally aware. The design of the building allows lighting and air-conditioning to be used rationally, thanks to its glass-fronted façade and skylights on the roof.

In its day-to-day activities, the Centre has implemented numerous improvements aimed at reducing its environmental impact, such as the use of more efficient technologies to reduce energy consumption. Contributions to this objective are made by using low energy, long-life light bulbs in all the Centres rooms and installing presence detectors which automatically turn lights on and off when people go into or vacate a room. Rational water use and the installation of selective waste collection bins are other environmental measures that have been implemented in the Valencia Conference Centre.

The installation of the new photovoltaic roof represents the culmination of the Centres The start-up of the photovoltaic roof coincided with the Valencia Conference Centres tenth birthday. During the ten years since it opened, the Conference Centre has received 1.2 million visitors, hosted 1,666 events and generated over 431 million euros for the city, almost 15 times the amount it cost to build, as a result of the events held and the direct spending of visitors both in and outside the centre. These numbers are further endorsed by the VCCs self-funding status, which means it is able to maintain its position as a technological pioneer and consolidate its management policies which are used to run the centre exclusively with the funds it generates.

The Valencia Conference Centres track record of excellence was recognised in 2004 when it became the first conference centre to be granted the ISO 9001 certification for its Integrated Management System and the ISO 14001 certification for its Environmental Management. In 2005, the centre was also awarded the “Q” Tourist Quality Certificate issued by the Spanish Tourist Quality Institute. In 2007, the conference centre received the Recognised for Excellence (4 stars) award from the European Foundation for Quality Management (EFQM) in recognition of its management excellence and thus became the first and only building of its type in Spain to obtain the EFQM Recognised for Excellence award and only the second in Europe. conversion into a sustainable building which is committed to society and its surroundings, to excellence and quality and which continues to be a benchmark for its sector thanks to its innovative policies.