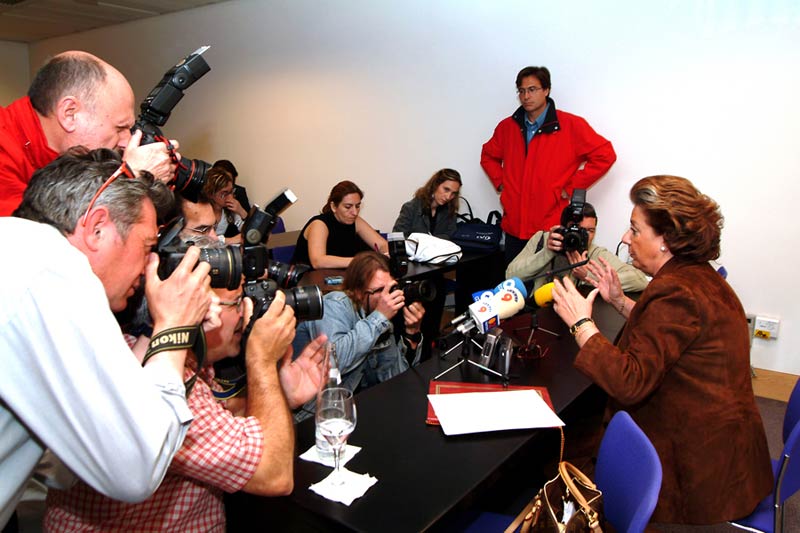 The Conference Centre enjoys a busy
end to the year

The Valencia Conference Centre closed the year with numerous large-scale conferences including the international health sector meeting of the European Society for Magnetic Resonance in Medicine and Biology (ESMRMB). The Conference Centre also hosted the 53rd National...

The Valencia Conference Centre closed the year with numerous large-scale conferences including the international health sector meeting of the European Society for Magnetic Resonance in Medicine and Biology (ESMRMB). The Conference Centre also hosted the 53rd National Conference of the Spanish Hospital Pharmacy Society and the 12th National Psychiatry Conference, which was attended by Arvid Carlsson, winner of the 2000 Nobel Prize in Physiology or Medicine.

In addition, two other major national conferences were held during the final period of the year. These were the IV Conference of the Scientific- Technical Association of Structural Concrete and the XVII National Auditing Conference organised by the Spanish Institute of Chartered Accountants. The latter attracted media attention due to the presence of speakers such as the former government minister, Miguel Boyer, and the Vice- Chairman of the National Stock Market Commission, Fernando Restoy. These conferences were attended by over 5,000 people.

During the last quarter of 2008, various charitable foundations chose the Conference Centre to host their award ceremonies and to send messages of solidarity to socially disadvantaged groups.

The La Caixa Foundation paid tribute to the “cybergrandparents”who had taken part in their I.T. courses in a ceremony chaired by HRH Princess Cristina. The Conference Centre also hosted the ceremony to present the Solidarity Awards granted by the Valencian Regional Ministry of Immigration and Citizenship, which brought together hundreds of young people representing 36 secondary schools. The awards were given for promoting values such as equality, diversity, integration and solidarity. The Conference Centre main auditorium also hosted the award ceremony for the SMS message competition entitled “Your message is important”. The competition was organised by the Valencian Regional Health Ministry to warn of the dangers of drug abuse as part of its drug addiction prevention programme, which is aimed at the youngest members of society.