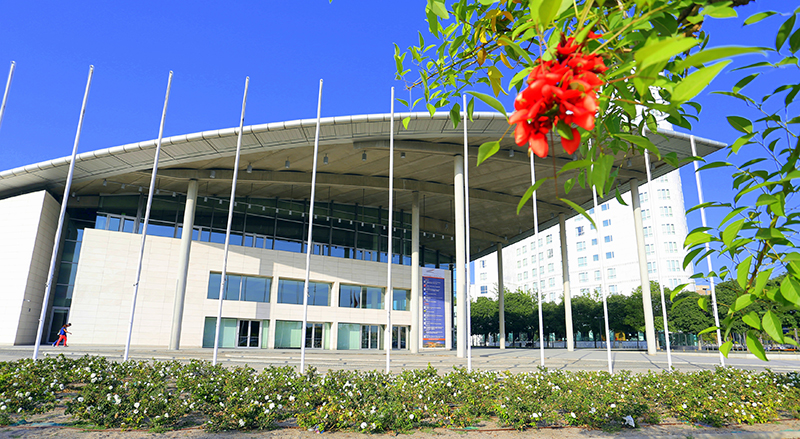 The Valencia Conference Centre obtains the most efficient grade for CO2 emissions.

The Valencia Conference Centre has improved its environmental commitment, obtaining the most efficient grade for CO2 emissions.

The Valencia Conference Centre has improved its environmental commitment, obtaining the most efficient grade for CO2 emissions.

An important part of the Valencia Conference Centre’s contribution to society comes from actions that promote the responsible use of energy and the optimisation of resources. These actions are part of the venue’s Global Sustainability Plan and ensure that event tourism is compatible with respect for the environment.

This concept includes actions that promote the technological development of the building and make the venue more competitive. Along these lines, and thanks to the €1.8 million investment made by the Valencia City Council, the building’s audiovisual equipment has been completely renewed since the end of 2016 and during 2017. 60% of investment has gone on sustainable initiatives.

The results of these initiatives are now visible. Turnover has increased as a result of the major sales push undertaken, and thanks to the Centre’s commitment to improving technology, the building has reduced its energy consumption, contributing to combat climate change and its impact.

The Centre has been rewarded for its efforts in adopting these measures and in the building’s energy performance certificate it has obtained the most efficient grade for CO2 emissions. The building’s photovoltaic roof, which was installed in 2008 and has already generated over 2.5 million kWh of energy, has also contributed to achieving maximum efficiency.

This certification adds to the list of the other environmental certificates the Centre already has: ISO 14001, ISO 50001 and BREEAM® ES.