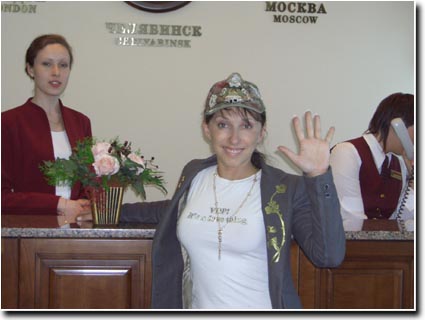 What is the aim of this conference? It is important to provide peace and harmony to people who have suffered such a traumatic experience and have been very lonely. I feel I am one of the privileged ones because we were never short of support from numerous unknown...

What is the aim of this conference?
It is important to provide peace and harmony to people who have suffered such a traumatic experience and have been very lonely. I feel I am one of the privileged ones because we were never short of support from numerous unknown people who wrote to us. Societies which understand the deeper meaning of fraternity become better societies, and everything works better when social confidence exists. We want to use the conference as a means to learn more about the effects of terrorism on affected families. Victims of terrorism have been forced to reflect very deeply and sincerely; we have seen it at its worst. Lucidity and sincerity may bring about some useful contributions and that is what we have come to share in Valencia.

Should society be united in this struggle?

Each terrorist attack affects us directly and makes us aware of the need to involve the whole of society in fighting it together. Terrorists get their strength from the loneliness of victims, and only lose their power to go ahead with their absurd projects when society is united against them. The part of Basque society which has never been involved in fighting terrorism should get involved. The only way to stop hatred is to make sure that those responsible for terrorist attacks are made fully aware of their responsibility. Is it difficult to be courageous and free in the Basque Country
I have never thought about those things. I do believe, though, that dignity and freedom of thought are necessary for a minimum quality of personal life. I could not live looking the other way while my neighbours and cousins are suffering real atrocities. Lots of people can and do live like that, but I cannot: I´d rather be free inside and struggle to be free on the outside.

Other victims participating in the various round table discussions also spoke to ePALCO. Irene Villa, seriously injured in an ETA terrorist attack in Madrid, said that in this conference we are brought together by a bomb, but we now feel we have a voice and the support of society. Valencia has always been on the side of victims and this attitude has helped mealot. Pilar Manjón, a victim of the 11 March terrorist attack, assured us she feels close to all victims participating in the conference,we are united by many feelings, share the same pain and are torn by the same suffering. Laura Jiménez, also a victim of the 11 March attack, stated the need to make their situation known to all, “we wish to ensure society is aware that we all have to contribute and support victims”. Miguel Ángel Blanco´s sister Mª del Mar also attended the conference and assured us that after her brother´s death the social struggle against ETA changed completely as we all demonstrated in the streets and terrorists realised that our society was united.
During the Conference the Miguel Ángel Blanco Foundation´s photographic exhibition “En pie de foto”(On Caption) was on display. The Conference concluded with the reading of a victims” manifest in which they request, among other things, that their memory be maintained, their dignity respected and justice be done.