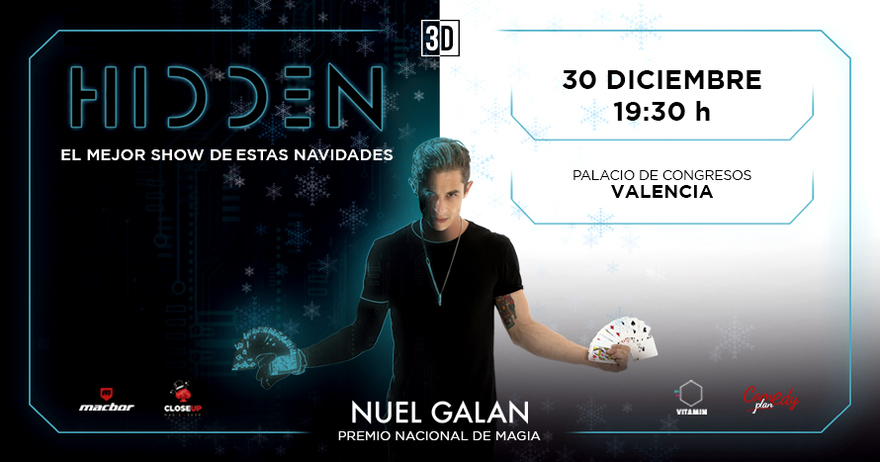 This Christmas over 1,400 people will be having fun in Nuel Galán’s magical world. Hidden, the latest show by the Valencian magician with an international reputation and winner of Spain’s National Magic Award, is coming to the Valencia Conference Centre on 30 December hot on the heels of his China and France tour. And he does so with his top hat overflowing with virtual thrills and illusions, an act that will entice you to step into the other dimension!

Illusions with 3D effects, augmented reality magic routines and meticulous staging where technology blends seamlessly with the ultimate in magic tricks will make his performance an unforgettable experience for the spectator. An audiovisual show for all audiences which engages everyone and includes producing a three-dimensional optical image, a hologram, using a laser beam which adds to the magical experience.

Indeed, the technology in our Auditorium 1 will help Galán bring his magic to the audience and turn it into one of the stars of the evening. Two parallel universes, the real and the virtual, magic and dreams with the everyday, in the same place and in real time.

Want to be one of the stars of his show? You can buy tickets here