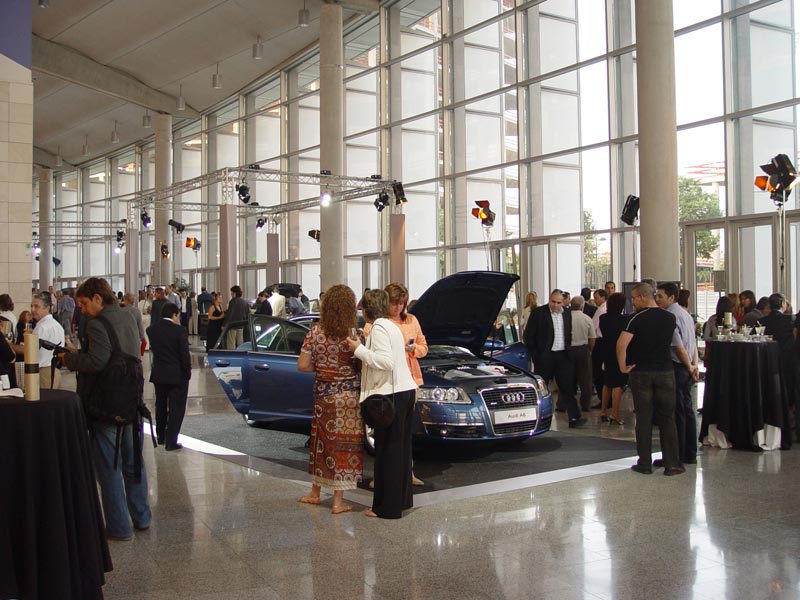 The Valencia Conference Centre
becomes the headquarters of the
NATO Parliamentary Assembly.

The Valencia Conference Centre played host to the 54th Annual Session of the NATO Parliamentary Assembly. In November, the VCC´s highly versatile, multipurpose facilities became one of the centre points of world information as the headquarters of this...

The Valencia Conference Centre played host to the 54th Annual Session of the NATO Parliamentary Assembly. In November, the VCC´s highly versatile, multipurpose facilities became one of the centre points of world information as the headquarters of this international body´s most important annual meeting.

The different rooms and spaces in the Valencia Conference Centre were adjusted to cater for over 20 official encounters attended by over 600 delegates from 50 participating countries. The standard layout of the main auditorium, which can hold 1,500 people, was changed to be able to host the major plenary sessions and allow all the delegations to take part. The auditorium´s cutting edge technology also made it possible for different media from all over the world to cover the speeches of local and national government representatives and the numerous foreign dignitaries who attended the meeting.

The whole building was taken over for the event by the organisation and was divided into 25 different rooms for various meetings and the Parliamentary Assembly secretariat. This illustrates the centre´s versatility in holding events whose needs require all the building´s spaces to be transformed.

Hosting an event of this nature meant implementing numerous security measures which became one of the most complex issues at hand. The building was turned into a fortress to welcome dignitaries who included the NATO Secretary General, Jaap de Hoop, and the NATO Parliamentary Assembly President, José Lello. Spanish government representatives including the Spanish Vice- President, Mª Teresa Fernández de la Vega, the President of the Spanish Parliament, José Bono, and the President of the Senate, Javier Rojo, as well as other national and regional government officials were also present at the event. International dignitaries included the President of the OSCE Parliamentary Assembly, Joao Soares, the Supreme Allied Commander of the Atlantic Alliance for. Europe, General Bantz John Craddock, the President of the Republic of Georgia, Mikheil Saakashvili, and the Secretary of State for Kazakhstan, Kanat Saudabayev.